Polio Risk On the Rise 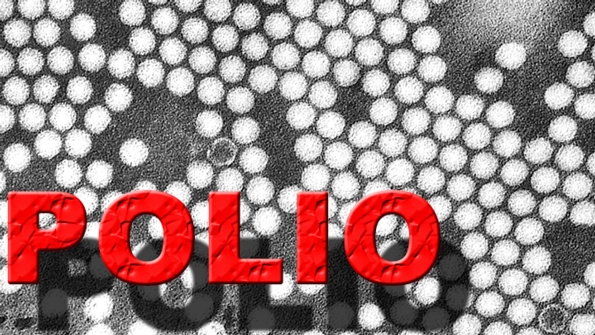 As recently as 2012, poliovirus was considered nearly eliminated as a threat to human health. But recent outbreaks in Africa, Asia and the Middle East have alarmed global health agencies. [1, 2] The World Health Organization (WHO) has expressed particular concern over the apparent exportation of the disease by international travelers. Countries identified by the WHO and the Polio Global Eradication Initiative as currently infected by wild poliovirus are Afghanistan, Cameroon, Equatorial Guinea, Ethiopia, Iraq, Israel, Nigeria, Pakistan, Somalia and Syria. [3, 4] News of the potential new spread of polio is especially disturbing because the disease had been almost completely eradicated across the globe. Figure 1 illustrates the progress in eliminating polio between 1988 and 2014. The number of occurrences worldwide dropped from 350,000 in 1988 to 406 in 2013. [5] But 74 polio cases were reported in the first quarter of 2014, an increase of almost 300% over the number of cases (26) reported for the same timeframe in 2013. [4, 6] 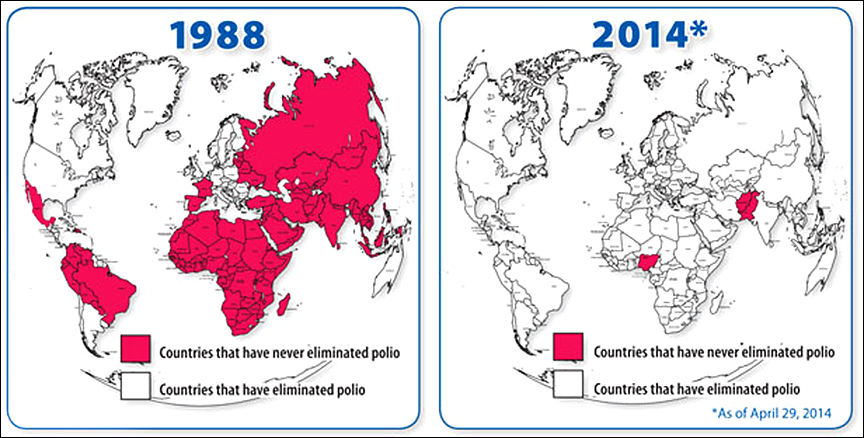 References
Centers for Disease Control and Prevention. May 1, 2014. Our Progress Against Polio.
Accessed online May 6, 2014. http://www.cdc.gov/polio/progress/index.htm

With newly elevated concern over the risk in countries where polio has never been eradicated, and the potential for the reintroduction of poliovirus to countries in which it had previously been considered polio-free, the WHO declared an international public health emergency on May 5, 2014. [2, 7] To block the further spread of polio, the WHO urged a number of steps for countries that are “exporting” poliovirus, as well as for countries that are not exporting the virus, but have reported cases of polio infection. Key WHO recommendations focus on ensuring that (a) leaders in affected countries “…facilitate the mobilisation of all sectors to ensure the vaccination of all children…,” (b) all residents of, and long-term visitors to affected countries are vaccinated, and (c) all travelers from these countries have received a dose of polio vaccine—and accompanying documentation—prior to their travel. [2, 3]

Polio (poliomyelitis) is a highly infectious disease that affects only humans, [8, 9] most often children under five years of age. [5] Figure 2 shows a scanning electron photomicrograph of the polio particles. Because many carriers of the poliovirus have no symptoms and are unaware that they are contagious, a single confirmed polio case is considered evidence of an epidemic. [8, 9] The virus is transmitted through person-to-person contact, most commonly in communities with poor sanitation and/or hygiene. It enters the body through the mouth, via water or food contaminated with feces. From there, it invades the bloodstream and nervous system, specifically neurons that control muscle movement. [8] 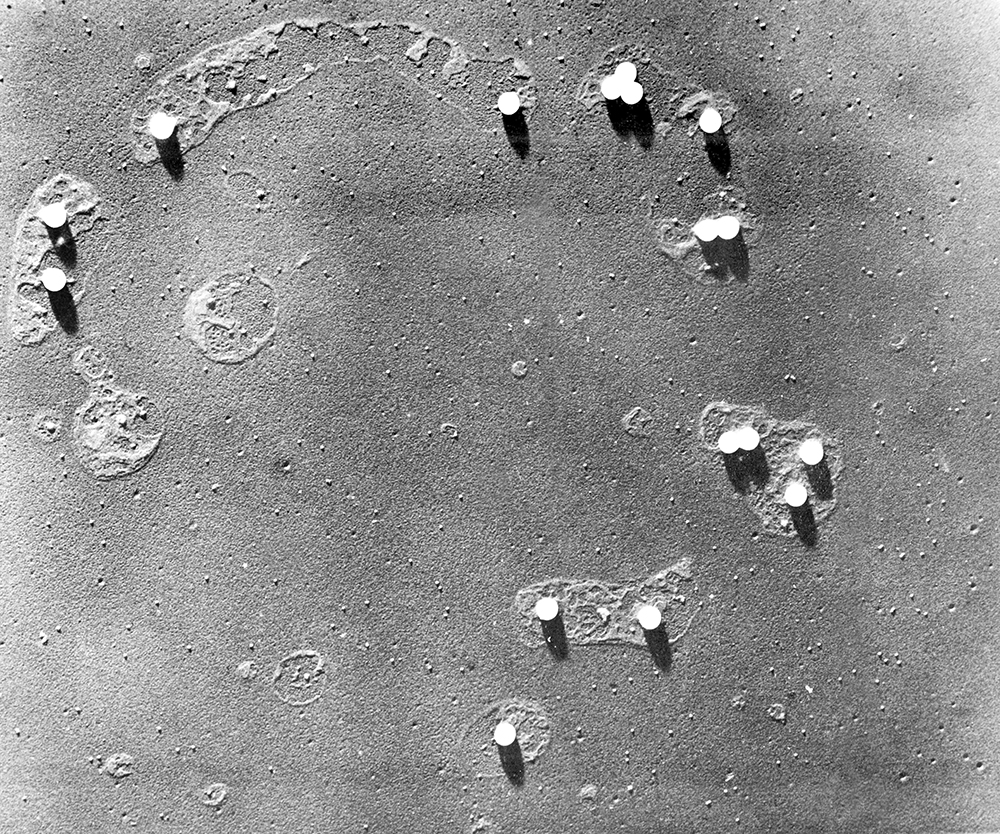 About one-quarter of those infected with polio have relatively minor symptoms (vomiting, fever, headache) that may go away without treatment, [9] but one of every 200 patients experiences partial or complete paralysis, usually in the legs. [8] In some cases, the virus attacks neurons in the brain stem, causing difficulty in breathing, speaking or swallowing, or even death. It is not known why polio causes paralysis in only some individuals, but certain factors, including pregnancy, immune deficiency and injury have been associated with more severe cases. [8] There is no cure for polio, but it is a highly preventable disease. Multiple rounds of polio vaccine protect a child for life. [8] Indeed, the global vaccination effort begun in 1988 has reduced the incidence of polio more than 99% since that time. The number of cases worldwide has dropped from more than 350,000 in 1988 to 406 in 2013; and the number of polio endemic countries (that which never have interrupted the transmission of wild poliovirus) has dropped from more than 125 to 3 (Afghanistan, Nigeria, and Pakistan). [5] As noted in Figure 3 below, the US was declared polio-free in 1979, [10] and it is estimated that more than 10 million people who can walk today would have been crippled by polio without the global vaccination efforts. [5] Despite this heartening progress, all nations remain at risk until every child is vaccinated and polio is completely eradicated across the globe. This is particularly true as international travel becomes easier, faster and more frequent.

BioEd Online makes it easy to engage students in exploration of infectious disease, microbes and many related bio-science topics related to it. MicroMatters: Microbiology resource collection, help students to understand the role and importance of these topics for worldwide health—and how infectious disease can impact them. Use our engaging, peer-reviewed classroom lessons, an infectious disease case study, extensions and other related content (e.g., videos, slide presentations, Nature News articles) to cover this important topic thoroughly, in a way that best meets the needs and interests of your students.