Bird Flu: Is a Pandemic Looming in Our Future? 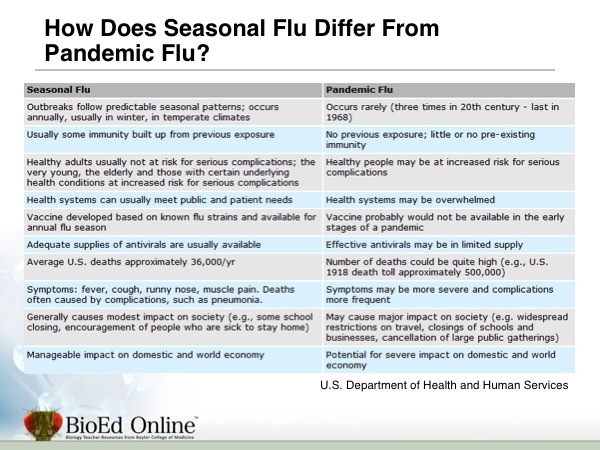 Flu outbreaks usually are seasonal (occurring during the winter months) and involve variants of flu viruses to which most human populations already have been exposed. Thus, most individuals have some immunity to these strains. Even though seasonal flu outbreaks lead to 36,000 deaths on average each year, health care systems are able to handle the number of cases that occur within the general population.

Worldwide outbreaks of new influenza subtypes are rare, but lead to much higher rates of infection and death. Because these outbreaks affect large numbers of people around the world they are called “pandemics”. Rates of infection with new variants of flu, such as those that have caused previous pandemics, are much higher because most people have little or no pre-existing immunity. In addition, since the disease spreads easily and quickly, health care systems can be overwhelmed by the number of patients needing hospitalization.