Drugs, Risks and the Nervous System 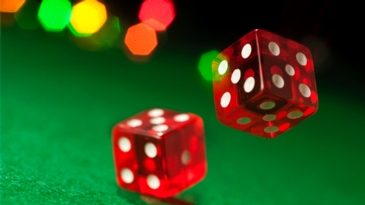 Students estimate the risks associated with different events and compare their estimates to the real probabilities.

People perceive risks differently, depending on the nature of the risk and their individual experiences. Risk perceptions are strongly influenced by issues of choice and control; risks often seem “riskier” to people if they have not voluntarily chosen to bear them. Conversely, people are more willing to accept or ignore risks that they choose voluntarily, especially if the immediate benefit seems to outweigh the potential for negative outcomes much later in time. In the case of chemical substances that affect the brain, the risks can be very high indeed.

It is important to note that most people begin to use brain-altering chemicals voluntarily. Over time, however, the brain and body may adapt to the effects of a chemical. This can create a new “normal” state, adjusted to the presence of the introduced substance. This adaptation may lead to a physical dependence on the substance, such that the individual requires the chemical to function normally.

For example, more than 80 percent of the current US population chooses to consume the stimulant caffeine in coffee and/or cola drinks because of its taste and/or perceived enhancement of mental and physical performance. Eventually, most caffeine consumers develop a dependence on its stimulating effects and experience mild withdrawal symptoms, such as sleepiness and headaches, when they do not have caffeine. Other chemicals have more dramatic effects on the brain and body, affecting the brain’s natural reward centers, which are responsible for generating feelings of pleasure or well-being. However, feelings of euphoria, comfort or pleasure often decrease or disappear after the first few uses of the substance.

Drugs that act on areas of the brain related to sensations of pleasure are sometimes used inappropriately by people. Unfortunately, continued drug use actually changes the way the brain works. In some cases, it can cause permanent changes in the structure and function of the brain. This is the biological basis of addiction.

Many mind-altering chemicals abused by children and adults in the US lead to permanent changes in the brain that lead to addiction, and also may cause damage to other parts of the body. Marijuana use can alter memory regions of the brain and affect coordination and the senses in the short term. Heroin changes the way nerve cells in the brain receive and process messages. Inhalants, which are taken up by fatty tissue in the body, damage or destroy the fat-containing myelin sheath on nerve cell axons and disrupt nervous system communications, sometimes permanently. LSD can contribute to the development of chronic mental disorders. Alcohol, which depresses physical and mental abilities, damages many tissues throughout the body, including the liver and the brain. Alcohol also is a major contributing factor to automobile accidents because it affects coordination and judgment. Nicotine, a stimulant in tobacco, is a very addictive substance that can damage the circulatory system. However, the greatest health risk from smoking comes from other compounds in cigarette and cigar smoke that are linked to development of lung and other cancers.