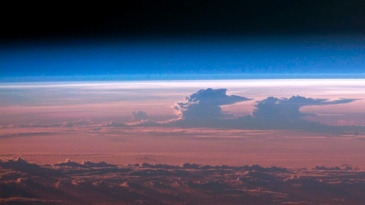 Students create a 3-m scale model of the atmosphere to learn about its composition and structure. Student sheets are provided in English and in Spanish.

Life on Earth would not be possible without the atmosphere, which protects the planet’s surface from extremes of temperature and harmful radiation and also provides essential water, carbon dioxide, oxygen, and nitrogen. This activity helps students learn about Earth’s atmosphere by creating a scale model.

One or two 30-minute sessions