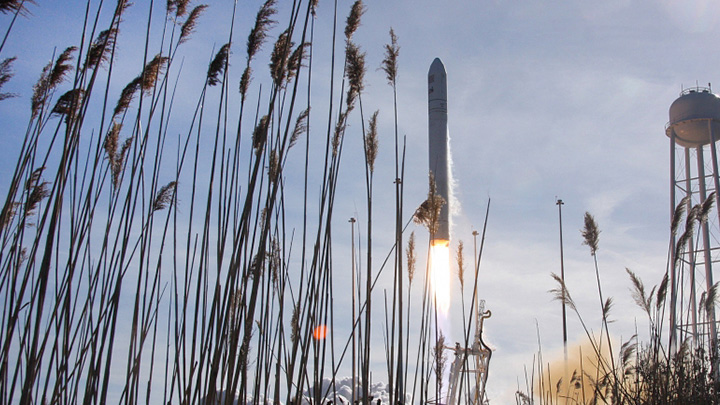 The Cygnus spacecraft is now traveling to rendezvous with the ISS on Sunday, Jan. 12.
Photo Credit: NASA

The ant-stronauts are on their way to the International Space Station! Orbital Sciences Corporation successfully launched its robotic spacecraft from the Mid-Atlantic Launch Range on Thursday, January 9, 2014. The Antares rocket lifted off at 1:07 p.m. ET, carrying the Cygnus spacecraft and its nearly 3,000 pounds of equipment and supplies, including the ants in their specialized habitats.

Once in orbit, the spacecraft deployed its solar panels and began coasting toward its rendezvous with the Space Station. Final docking maneuvers are scheduled for Sunday, January 12, and the Ants in Space investigation is tentatively planned to begin at 6 a.m. ET on Monday, January 13, 2014.